campaigns. Teaching others through our example, Winning at Tonawanda Coke Corp., we empower people to investigate their air, soil, or water and use the power of scientific data to create healthier communities and a more just society. Citizen science is the practice of public participation and collaboration in scientific research to increase scientific knowledge.

On March 28th, 2013 twelve jurors found Tonawanda Coke and its environmental control manager guilty of 14 criminal charges violating the Clean Air Act and Resource Conservation and Recovery Act. Some of the charges included releasing coke oven gas, containing enormous amounts of benzene, into the air through a pressure relief valve and not reporting the emissions to regulators.

This landmark verdict is only the second time in US history that a company has been indicted and convicted under the Clean Air Act and has set precedent for a number of environmental cases to come.

Justice was served in our community. It all started with a few of us wanting to breathe cleaner air and wondering if air pollution was the cause of so many sick people in our community. In 2005, we formed the Clean Air Coalition and used a 5-gallon bucket from Home Depot, baggies and a hand-held vacuum to test our air. 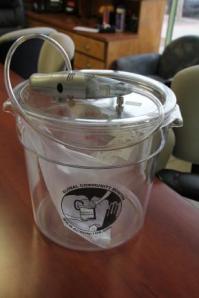 We found shockingly high levels of benzene, which, with chronic exposure, is linked to blood disorders like leukemia, and infertility. Our small group of impassioned citizens worked with government agencies and others for our right to breathe clean air – and we won!

Global Community Monitor, founded in 2001, trains and supports communities in the use of environmental monitoring tools to understand the impact of fossil fuel industry pollution on their health and environment.

Our work focuses on disempowered “fenceline” communities harmed by serious air pollution from industrial sources and whose concerns agencies and responsible corporations are ignoring.

GCM won a recent victory in Delaware when a state order required Evraz Claymont Steel to bring their emissions under control through pollution control upgrades within three years or face harsh financial penalties.

Community Based Science for Action Conference